It was indeed extremely touching to see the reaction of every one on my blog ‘ How can a Mom and a Friend Rejoice…’.

Beena Sarwar tweeted the link and posted it in a couple of fora and some friends cross posted it on their Home page. So also, the beautiful FB page with an even more beautiful spirit ‘Together We can Win’ where I shared it, responded  in return with appreciation for the post. Touching comments mostly by youngsters, who are either my friends or my kids’ friends made me more emotional than anything I have ever experienced. For me it was a victory for Peace between my two homelands–INDIA and  PAKISTAN.

It is not just PM Manmohan Singh or PM Gilani, who think they are the custodians of peace between their two countries.

With such beautiful hearted people and loving kids that I have come across in my personal life, one can imagine how many such loving hearts must be throbbing in the chests of millions of people on both sides of the border, who aspire for peace and prosperity for themselves as well as for their neighbours.

All these millions of hearts in the subcontinent are in fact the real ambassadors of peace in their own right. Together they could be a Peace force large enough to defeat any hate loving agencies, extremists or other vested interests who leave no stone unturned to sow hatred.

As a mother I find myself a tiny speck in front of the great sacrifices hundreds of mothers have made in this subcontinent for peace.

It is hard to forget a great mother Vidyawati who sacrificed her young son with dignity and courage. Her son, no other than Shaheed Bhagat Singh, kissed the gallows on December 19, 1927 along with two other brave sons, of equally brave mothers. Their only fault was that they loved their people and aspired for them better lives.

This great mother lived with the pleasant memories of her son until 1975 (for 48 years after his martyrdom) and never ever did she regret for having lost this brave son. She affectionately shared the intimate accounts of  her son Bhagat Singh, his playful ways and firm ideals.

In a book she reminiscences: “Bhagat used to say he would bring home a charming bride; he brought one in the form of freedom. He would also tell me not to come to receive his body. He loved me, contrary to the belief that his life of total dedication to the revolution had no space for love. He also loved his friends.”

With such sons as Shaheed  Bhagat Singh, his companions, their mothers and thousands of others who sacrificed together for the freedom of this subcontinent, it  now stands in three pieces as India, Pakistan and Bangladesh. History cannot be changed and I respect, like everyone else, these boundaries but only if we could avoid further bloodshed and waste of energies in hatred and, instead, harness it in the form of LOVE, PEACE AND PROSPERITY for the entire region. Let the borders be just on the land, not in our hearts.

It does not need a rocket science but a just a flicker of change in one’s thinking to turn this hatred into love. It does not need too many beaurocratic visits or trade pacts or anti war treaties if the one and a half billion people of this subcontinent decide to make AMAN KI ASHA ( hope of peace) into a REAL PEACE.

True both the nations are going through difficulties and surging extremism  in the form of religious extremists on either side. But if we look around with our eyes open, there are problems everywhere. The problems should not stand in the way for peace and prosperity in the region.

We do not need to go far, just turn our necks to the east to see with what dignity, perseverance and sanity this great first world nation JAPAN is bearing its hard times.

Our problems are minuscule in front of Japan and if we show sanity, patience and shun hatred, we could achieve peace in our region too.

As a mom again I feel so tiny for my trivial sacrifice, if there is any at all, in front of these mothers of the Fukushima-50.

One of these mothers of a Fukushima worker spoke today, tearfully saying, “My son and his colleagues have discussed it at length and they have committed themselves to die if necessary to save the nation. He told me they have accepted they will all probably die from radiation sickness in the short term or cancer in the long-term.”

And our two Nuclear capable nations at logger heads with each other for one excuse or the other, have more than 1.4 billion population together. The mere thought shivers me to bones, if God forbid, any nuclear accident took place here, there wouldn’t be merely 50 sufferers like Fukushima, but over 50 million or even far more.

I must admit that this thought passed my mind last night and gave me a sleepless, terrified night and pushed me to write this piece early in the morning.
Hence it is not just a few hundreds like me, who have divided families across the border, who stand at risk for any calamity if the relations between India Pakistan stayed ‘not friendly’.

There are 1.4 billion people on both the sides who are sitting write beneath the nose of nuclear weapons in the region. True the possibility of it being used is negligible, but then why such hefty expenditure in developing, maintaining and improving their ‘killing’ capabilities through big meaningless words like ‘NUCLEAR DETERRENCE’.

And  then the tensions give excuse to the vested interests( outside the region) to keep asking both sides to keep buying arms for their ‘safety’, amidst poverty, hunger, ignorance, illiteracy for millions on both sides. What if this money was used for development and not arms build up ?

Each one of us, among these  1.4 billion shall be the beneficiaries if two sides decided to digress from expenditure on arms and war preparedness, and invested in peace and prosperity in the region. Only ‘peoples  power’ can coerce the ‘top leadership’  for this. Let us ask for our ‘safety’ not through arms and ammunition but through education, health, alleviation of poverty, employment through economic activity . This is only possible if both sides are at PEACE with each other. Is this all that a far fetched dream?

Maybe, the idea looks a dream, but then dreams do come true too.

Are the bosses in the capitals Nut Alley( New Delhi) and Is Lame Abad ( Islamabad) listening too ?

( Post note: As if the night terror was not enough, the news of UN workers  killed in cold blood in Afghanistan got me nauseated. The need to seek peace and shun hatred in the region becoming even more urgent, lest we end up as savages). 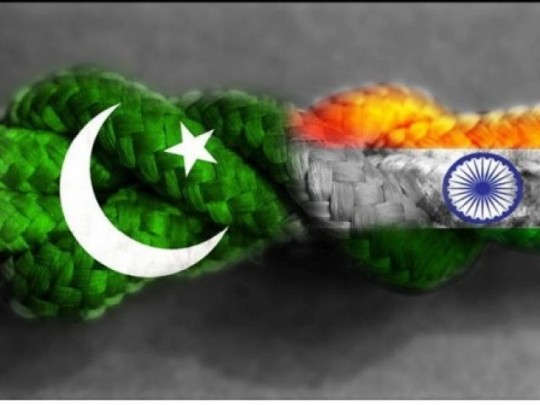 I am that Hand…