Driving Down the Dream Road: Overseas Highway 1 to Florida Keys

As I was planning for a holiday after a long haul, my son inquired, “So where are you and Papa planning to go for holiday?”

I was busy on my laptop and replied in brief, “Florida.”

“Oh Florida. Okay. Anyways its a destination for the old snowbirds from Canada. Have a great trip.”

I was too busy and fascinated in my vacation planning that I did not find it necessary to respond.

A few days later he saw me exploring the map of Florida Keys: 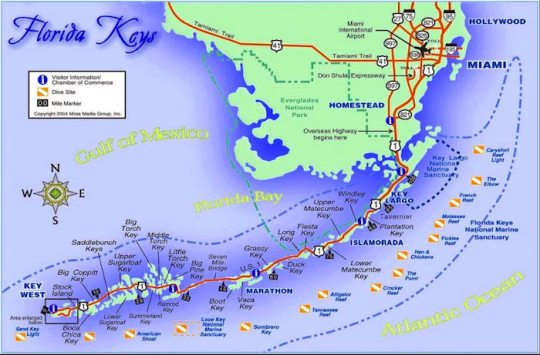 He screamed from far: “Are you going to Florida Keys?”

“Damn you told me you were going to Florida.”

“Sorry my son, tickets are booked. And you have your weightlifting tournament coming.”

In two days, I was driving off to Bufallo, to receive my husband at the airport, and we were then flying together to West Palm Beach.

In merely 4 hours of flight, down south, the world changed from a 8 degrees Centigrade mandating a heavy jacket and boots to 100 degrees Farenheit, flip flops and a muslin shirt.

With every fleeting moment I was drawing closer to the wierd childhood ambition of driving all through the 128 miles off-shore highway 1 on Atlantic Ocean all the way upto Key West.

If I had my way, I would have rented a convertible car and drove like Rajesh Khanna singing “Mere Sapnon ki Rani kab aayegi tuu” (“Fairy of my dreams, when will you arrive?”)
Silly as it may sound, this is how I had dreamt through my teens of driving to Key West, in a roofless car.

PS: Why in the world did I dream of driving to Key West as a teen? That’s another story, that I will share in the next blog on Key West. 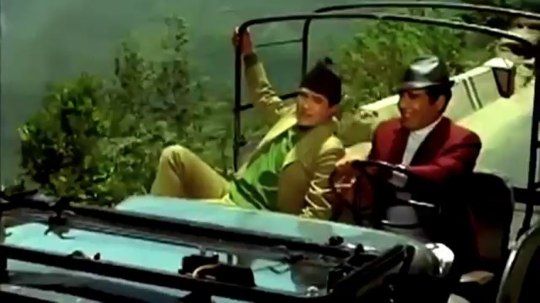 However, half a century later, with soaring temperatures of 100 degrees Farenheit, and with a heat warning in place, we were advised by the rental company agent, “I suggest you get an SUV and drive with an AC to save yourself from heat exhaustion and enough energy to enjoy the drive.”
So we began, from Miami, heading down south.
In about an hour we reached the point, almost at the last edge of land on Florida coast. 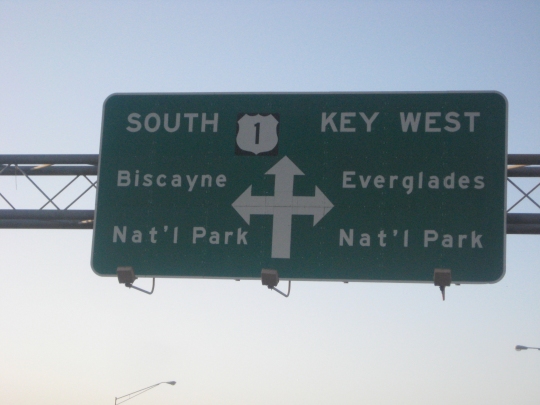 I did not need  pinch myself, to make sure this wasn’t just an age old dream. My thumping heart raced with the speed of the car, and was enough of a testimony that it was a dream coming alive.

(Note: To give an over view, Florida Keys are a coral reef archipelago( of 1000 islands) spread across the south of Florida peninsula, dividing the Atlantic ocean and forming Gulf of Mexico in the North. These islands are called Keys, and mainly classified into Upper, Middle and Lower Keys. A beautiful US Overseas Highway 1 runs from the entrance at Key Largo upto the last inhabited island Key West. Various concrete bridges with a single track connect these keys along the way. About 65 miles further west are uninhabited group of keys Dry Tortugas. ) 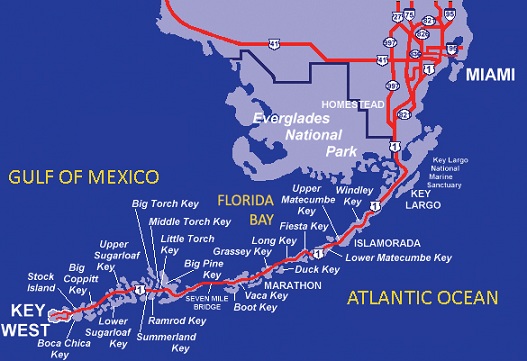 I am sure my heart missed a beat as I saw Welcome Key Largo board glaring at us. Key Largo( Cayo Largo is the Spanish name) is the northern most key and forms the gateway to the Offshore Highway. 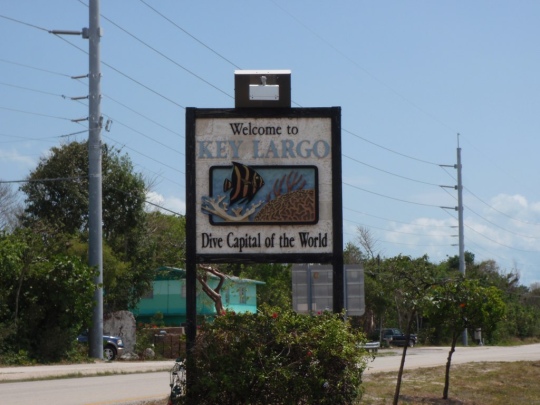 Almost instinctively out of excitement, the five year old in me began to hum the Muppet version of Beach Boys song Kokomo which I must have listened more than exactly a 1000 times with my little kids as they watched the Sesame Street videos. (Here is the song ).

“Key Largo, Montego, baby why don’t we go,
Off the Florida Keys,
Oh I want to take  down to Kokomo,
We’ll get there fast and then we’ll take it slow…”

I could now relate more, the disappointment my son had when he realized we were going to Florida Keys without him.
Key Largo is a long island running a length of almost 33 miles. It has the largest live coral reef in North America and is a haven for water sports including snorkeling, deep sea diving, scuba diving, kayaking, sea surfing and even paragliding.
There were several billboards tempting the uninitiated like us with ‘snorkeling for the novice’.
We kept driving as our target was still 128 miles ahead.

Note: For movie buffs there is a very interesting post war film called Key Largo starring the icon Humphrey Bogart. The film was in 80s named as one of the top 10 gangster film.

The next Key was Islamorada. Curious as the name was, we found a Theatre of the Sea and stopped for a tour. It was a beautiful facility that also served as a rescue spot for injured turtles and other sea animals.

Here is a selection of a part of their flora & fauna:

Cautious of speed limit on the single track road, passing through patches of land, and connecting bridges, on a calm sunny day, listening to old era Bollywood songs(given to us by our Abid Uncle and host in Palm Beach) , we headed out and south and west towards Key West.

The seven mile bridge that divides the gulf of Mexico from the Atlantic Ocean, and connects Knight’s Key (Middle Keys) to Little Duck Key ( Lower Key) is not just a mesmerizingly scenic experience but a great human marvel that has withstood the mood swings of the surrounding seas. Deep calm turquoise waters on both sides personified a deeply contented heart. But it will take only a moment to turn this heavenly experience into a hellish trap if the winds decided to roar and the ocean raged in anger.

Right across the turquoise waters, we noticed a bridge that looked old and broken at places- 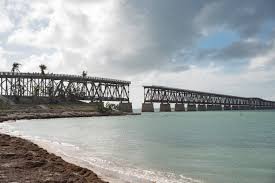 These were the remnants of the Overseas railroad built between 1905-1912 and remained operational till 1935 only. It was marveled as the Eighth Wonder of the world. The railraod was destroyed in 1935 by what is known as Labor Day Hurricane

The entire story of the making and breaking of the Overseas Railroad is very interesting and worth a read. Many original photos of its construction and operation can be seen here: Overseas Railway

Seven Mile Bridge, an oil painting of the Overseas Railway by Christopher Jenkins 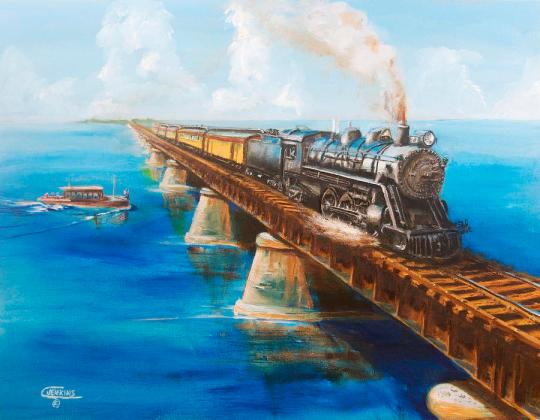 An artists depiction of Overseas railway in the hurricane. 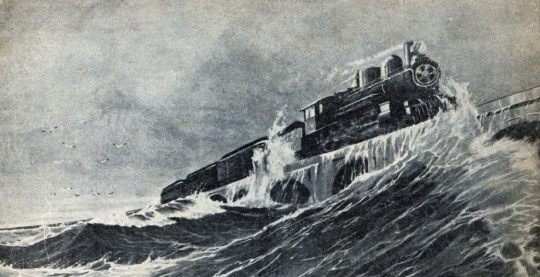 Along the entire route we notice beautiful houses characteristically painted in a range of eye soothing pastel colors. Majority of them stood elevated on 10-12 feet high concrete pillars. I later read, they are designed so to withstand hurricanes. Most of them withstood the devastating Hurricane Irma in 2017. 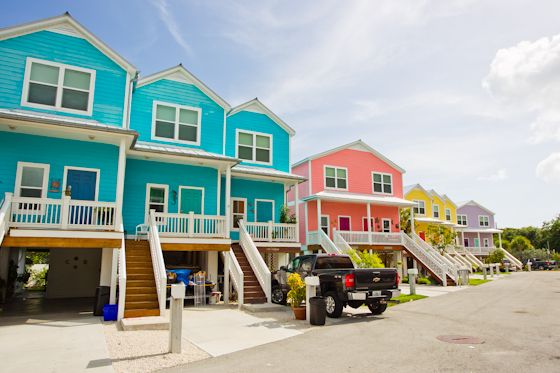 Traversing 128 miles across some 35 islands (Keys) and 42 bridges on the Overseas US Highway 1, we finally reached our destination, the southernmost city of USA- Key West. 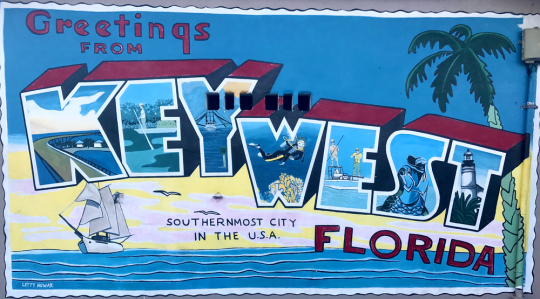 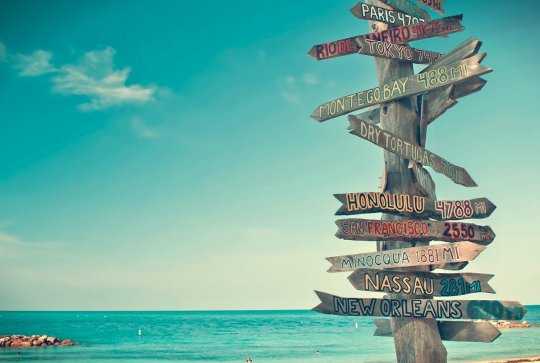 The details of our adventures and explorations of Key West will follow in the next blog.