OH GETTING THE MEN IN MY LIFE TO RELISH VEGGIES!

I have yet to find a yet more daunting task than to get the two men in my life and my home  to enjoy the vegetables that sit on my dining table.

Right from the creases on their foreheads when the news spreads outside the kitchen that veggies are on the menu card that day, to the whole process of cooking and then laying it on the table is what I call a ‘domestic Jihad’.

Suddenly a much cooperative and mild husband turns into an embodiment of a mean ‘zaalim shohar’ and a son into a ‘chauvinist ruffian at their mere sight , what to talk of the tasting act. 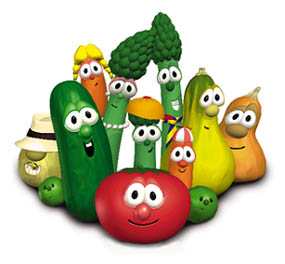 ““I don’t mind aloos and bhindis. But this stuff—no, no doctor ne mana kiya hai sabzi khaane se.”” That says a man who is himself playing doctor, doctor since past 25 years.
And then my typical jala bhuna dialogue—“ Haan haan, when the coronary arteries will get 60% blocked, doctors will reverse the veggies restriction”.

For years I took this as a welcome opportunity to flaunt my hubby of his Pakistaniat and the love for Niharis, Haleem or infact anything that had the ‘animal protein’ in it. I even got mean at times like a typical nagging wife to accuse that only if his mom had insisted on him to eat veggies, I wouldn’t be suffering today. And he left no chance to retort at us ‘miskeen Indians’ for having been raised on sabzis like ‘bakris’.

Who knew that God was watching us too.  And HE decided to send me a son who is a replica of his dad when preference of veggies are concerned. More scornful and even more frowning is his face at the sight of them than was of his father in his prime years.

And adding fuel to the fire—anytime he scorns at the veggies my husband gives me a nasty smile which speaks volumes of his “A Musa for the firaun in me”  disdain. But am too smart to even take notice of his smile and cleverly act dumb to his expressions.

And then continues the ACT Two of the age old drama—

“If you wont eat veggies your wife will accuse your mom of not having taught her son to eat healthy”, remarks my husband

Now both my son and I act dumb.

In fact my son gives his Dad a look which speaks of –“Look who’s talking.”

Thankfully as the husband enters the fold of middle age—he seems to have softened down over his anti veggie stance and now eats some more veg- things quietly, and I too act as if I haven’t noticed , just thanking my God and my perseverance for it.

However, the son is at his peak of the anti veggie stance. But the difference is that he does not openly accept his hatred for the veggies like the dad used to and claims he eats salads—‘which are fresher and healthier than cooked veggies’. And that, ‘they preserve their vitamins more and in the cooked ones the vits are destroyed’.

Fair enough—he isn’t absolutely inaccurate but then time and again I keep introspecting why is it that men naturally don’t prefer veggies than women. My husband claims that it is the muscle mass in men which compels then to take “high quality protein” which only animal protein can supply. How far is this scientifically correct—only research can prove.

Every quarrel at the table with my son on veggies makes me keep brooding for hours as to how can mums get their sons to relish the sabzis.

What is the secret formula?

Or who are those men who enjoy veggies over non veg.

At least in my surroundings and upto third-cousins—I have yet to find one.

Even my supposedly ‘miskeen Indian” kins are all carnivores leave aside being omnivores.

Hard brainstorming has made me reach a wild guess that it is the taste that needs to be correct.

And the taste in any food lies in how it is prepared. Our problem amongst muslim households (whether Pakistani or Indians ) is we cook vegetables like gosht—with lots of spices and making it mushy.

Why is it that the same anti-veggie son of mine takes away all the veggies while eating, but when he gets to eat Chinese food—he chews down every bit, be what—lettuce, carrots, pepper, brocolli etc.

The secret perhaps is that —it is just cooked—and maintains the crunchy feel of the veggies. And then the original flavour of each veggie is not killed by the loads of spicy curry powder that goes with it in our usual meal.

Cabbage, carrots, peppers, onions in their visible form over a pizza or a pasta go almost unnoticed by my men. But if comes a desi sabzi—they don’t even bear to look at it.
Innovative cooking and a few tricks, can do wonders in getting the men in your family swallow veggies.

When cooking any of the above mentioned stuff I try to add as many veggies as possible so that they will end up being consumed. I even try to piece the veggies in Pasta so tiny that taking out becomes a harder exercise than to swallow it down the throat.

As for the logic that kids should be trained from the early age to eat veggies, has failed miserably in my household. Except for French fries there were no veggies that my son would look at even instinctively. I wonder if this is due to some fault in my weaning of my baby or is it the general norm in most house holds—I have yet to explore.

Yes, one thing worked wonders for my son and that was the example of the cartoon Popeye, the sailor man, who made my son happily eat spinach till he was naive—the day he became cunning—he started questioning the taste of the same erstwhile delicious spinach. And despite millions of viewings of the Popeye cartoons during the feeding time of my son—here I am back to ‘square one’ with absolutely no liking for the ‘green mess’ which my son calls the spinach.

A son who I proudly call an ‘exceptional’ one because of his strong views against drugs, smoking and even fizzy drinks at the age of 17.

But alas, can’t convince him to love veggies.

Any new ideas? Please, I am in dire need of ‘em…