HURRAY! I KNEW WE WERE SMARTER

An appetiser…
A STUDY published just last week in the National geographic investigating collective intelligence vs individual intelligence concludes that “Being one smart cookie doesn’t matter much if you’re working in a group, according to the first study to calculate collective intelligence—a group’s ability to succeed at a variety of tasks.”
A series of experiments conducted concluded that in a team an individual’s intelligence has little to do with success in thought –based tasks such as visual puzzles and negotiating over scarce resources.
The article further explains, “Instead, a group is more successful if it contains people who are more “socially sensitive”—in this case meaning they’re better able to discern emotions from people’s faces.”
The study claims that women score higher on tests on social sensitivity—hence groups with more women are more likely to excel. I do not claim that, but Anita Williams Woolley an expert on collective intelligence at Carnegie Melton University in Pittsburgh says so.
The intelligence of the groups is further enhanced when group had more people who took turns speaking. And certainly women are pretty good at that too. 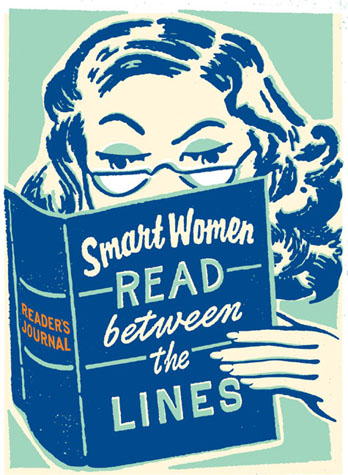 And then……..
while searching on the web for something trivial I come across some vital information that is mandatory on me to share with my fb friends.
I did not know that God too had a page on the web. I stalk His profile and see whats going on. It seems God’s been answering some questions about His creation of men and women. I copy paste some of the questions and answers:
Q. How did God get the idea to name Man and Woman so when he created them?
A., God created man first, when he was completed he said in disgust ‘ugh, man’. So he created woman next… he compliments his work by saying, “woah..man!”(woman).
Q. God, why did you make Man first and then decided to do the Woman??
A.Because everyone knows that first we experiment and then comes perfection.
Q. Why did God create Man first and Woman later, in that order?
A. God made man before woman so the man would have time to think of an answer for the woman’s first question
Q. How did God feel after creating Man and then Woman???
A In the beginning, God created the earth and enjoyed it. Next, He created Man and he rested in peace. Then God created Woman. Since then, neither God nor Man has rested.
Q. What were the main differences God created in Man and Woman?
A. Several differences.The most important being:
a). A woman worries about the future — until she gets a husband.
A man never worries about the future — until he gets a wife.
b). A woman marries a man expecting he will change, but he doesn’t.
A man marries a woman expecting that she won’t change, and she does.
c). A woman knows all about her children. She knows about their best friends, romances, secret hopes and dreams, favourite foods, fears and dental appointments.
A man is vaguely aware of some short people living in the house.
d). Women always have the last word in an argument. Anything a man adds after that is the beginning of a new argument.
e). A successful man is one who makes more money than can be spent by his wife.
A successful woman is one who can find that a man.
Q.So God, if man wasn’t that smart why did You appoint him the ‘head of the family’?
A.You see there is a catch in that—Man is the head of the family but Woman is it’s neck, it can turn the head in any direction.
Q . Any advice God would like to give to Man to stay happy?
A. Married men should forget their mistakes. There is no need for two people to remember the same thing.
Moral of the story: Even the God thinks women are smarter.

Sorry dear men I really understand how do you feel right now….

A STANDING OVATION TO A LIONESS