Do not call them mad, please!

When I feel feverish, lethargic, sneeze and have a runny nose, all know I suffer from common cold, and that I am infected with a virus. If I tell them that I went to see my GP and am taking meds, they all know medications will take care of me. No one will judge me. All will empathise, give an extra advice to take rest. Some will even hug me for support, without realising that I might be transferring the virus to them. Even if they get one next day, it will be just a passing mention, “Oh I too got your flu”.

If I feel low, lethargic, don’t feel happy, lose my appetite and cry for no reason, they all ‘know’ I am an ungrateful person, who has got everything from a good family to a good home to a good carrier and is still being thankless. Not many will hug me to say, “Yes we know you are depressed and there has to be no reason for it. It is because of imbalance of chemicals in your brain.”

And if I tell them I am trying to help myself by going to a psychiatrist, and am on medications or psychotherapy, they would give a stunned look and say nothing. Not many will hug me or tell me “You did the right thing”.

I also know behind my back tongues will wag and eyes will roll. Some may even diagnose “I have gone mad.”

Yes they would give me advice to read scriptures to be thankful. Or to go to some Aalim or Pir and get my “nazar jhaaroed”. 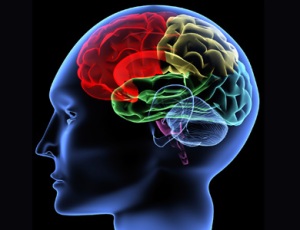 According to the fifth edition of the Diagnostic and Statistical Manual of Mental Disorders ,  almost 78 per cent of people are suffering from some kind of psychological disorder.

Indeed, 78% of us are affected with one form of psychiatric disorder or the other. It could be a mild anxiety with minor worries, on one end, to a full blown schizophrenia, on the other, where one is cut off from the reality of this world, which in medical terminology is called “loss of insight.”

However, none of them is madness. In fact there is no such thing as madness.
Going through the 954 page document, above mentioned, I did not find any mention of an ailment called ‘madness’. I even looked up into the index at the end, the  M section  began with Major Depressive Disorder, then after Mathematics disorder, the next mention was Medication induced disorder.

Thanks to the advances of medical sciences, we now know there is always a chemical basis of psychiatric diseases. This is the reason they are quite capable of being corrected by medications. Some may be completely corrected, while some partially.

Thanks also to the sophisticated PET brain scanning techniques, we can now see with our own two eyes that Depressive Disorder or Anxiety Disorders or any other psychiatric disorders are real ailments and not mere myths. 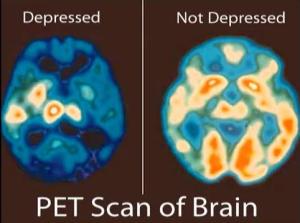 Perhaps, our scientific knowledge of psychiatric ailments needs to cross a lot more frontiers, to be able to understand and treat all these disorders more efficiently.

Exactly  as in a common cold there are triggers like exposure to cold, or exhaustion which cause them to come again, there are environmental triggers in the psychiatric disorders too—usual ones like stress, troubled relationships, or as trivial as some taunts or sometimes as subtle as winter season.

Do we ridicule those who have fever, or cancer, or diabetes or heart attack? But we do ridicule, poke fun or bad mouth about those suffering from Depressive disorders, Anxiety Disorders, Eating Disorders, ADHD , Personality Disorders or Learning Disorders etc.

We empathise with those who do have their sight, hearing or physical ability missing and often remark that nature compensates them with some other strength or skill.

Same is true of the various Psychiatric Disorders. The people affected by them are endowed with some other skills. World’s best writers are known to be Bipolar, and many of the inventors were known to have either Obsessive Compulsive Disorder or Learning Disorder.

We all love ourselves. No one wants to fall sick, whether with common cold or with depression or of any ailment, no matter how trivial.

So next time you see anyone you would wish to label ‘mad’,  just understand them and don’t be a trigger for them to get worse.

Know that they didn’t want to be unwell either.
And please, I beg you, do not call them mad.

Chemical basis of some mental disorders.

P.S. This blogpost was written in response to the @ExpressTribune ‘s article:

“Celebs with mental disorders: Lock up the crazy“